Friday whale watching trip one if the best this season 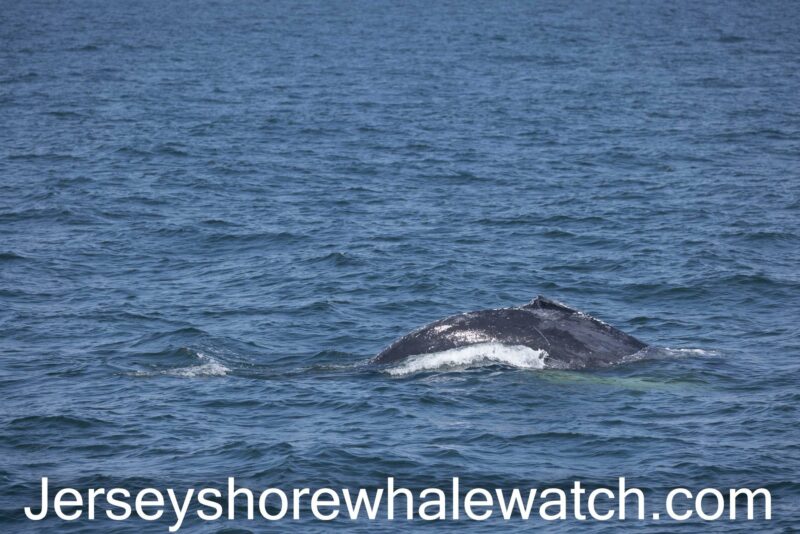 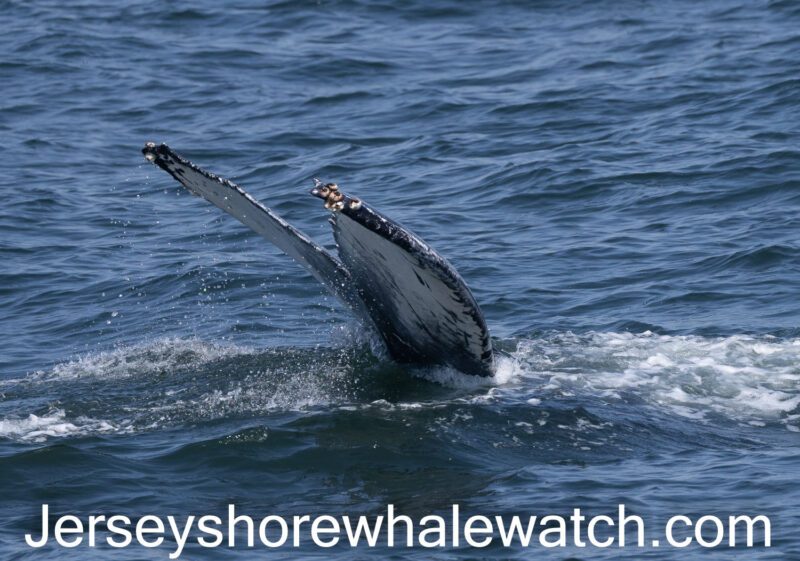 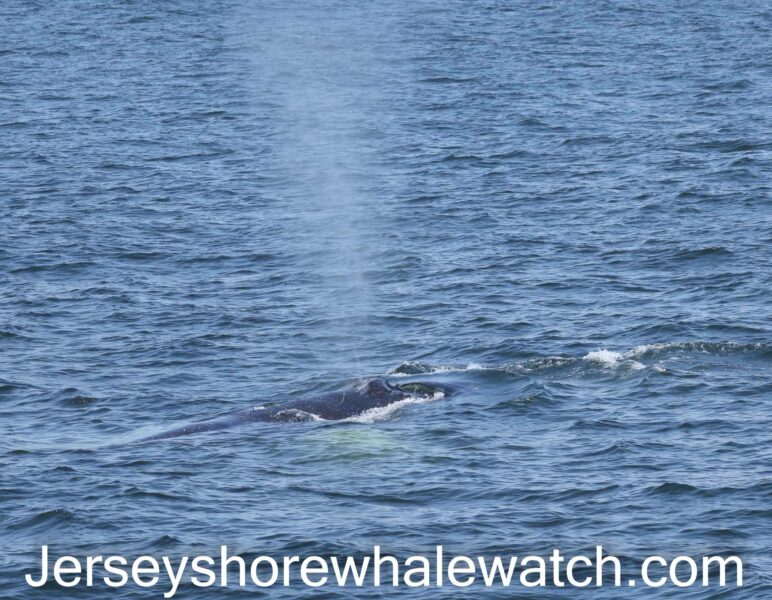 When the temp is going to be over 90, it makes great sense to go out on a boat on the ocean. Went Whale watching with a small crowd of people from places like Wisconsin, Massachusetts, and also some relatively local like New Brunswick, Asbury Park, Lavalette and Belmar. As we left the dock and still in the inlet you could feel the temperature driop. It felt so good.
We headed north and near Bradley Beach and Asbury Park we found our first group of dolphins!. People were thrilled because the dolphins were all around the boat and were active. More than likely they were feeding so they were swimming and jumping as they went after the fish. We continued on and saw another pod of dolphins but we still wanted to see a whale. Saw at least 2 Ospreys; and at least one had dinner!
As we went past Sea Beight, in about 70 feet of water, there was the whale! It was # 250 and it was the same whale that we saw last week and had been in Sea Side prior to that. He was actively eating today as there were large amounts of menhaden fish in the area. He showed his tail a couple of times. What was fun was seeing his flippers because they are about a third the length of their body. So on this whale about 10 feet long. Even though Humpback whales are black, the flippers are white and underwater can look white or light green. The dolphins were in the viscinity of the whale and put on a major show. So many were jumping, breaching, flipping backwards. They were so exciting to watch and also listen to the people ooh and aah as they performed for us. We also had a lot of dragonflies flying around the boat. That was a new experience and seeing dragonflies is suppose to mean good luck, harmony, and fortune among other things. We are “treated” twice to whale breathe… it stinks! Too soon, it was time to go home and say good bye to the whale and dolphins . The wind picked up and the ocean spray coming off of the boat cooled everyon. . It was a fantastic day. with lots of smiles as people left the boat with some t shirt souvenirs they bought to help them remember this awesome trip.