What an exciting day whale watching today! We left the dock with a full boat in cloudy conditions. We headed north passing Ocean Grove, Asbury Park and Deal. We spotted our first whale just off of the north end of Long Branch. The whale gave a spectacular lunge feeding show, shooting up through the water with its mouth wide open to fill with bunker fish. There were several enormous schools of bunker fish and we could predict where the whale would be surfacing by the frantic activity of the fish at the surface. Everyone was thrilled to see this giant of the sea lunge above the water with a mouthful of fish. We watched this whale feed for a while when we spotted another whale just a bit east lunge feeding as well. We left our first whale and went to watch the second whale who also gave us a wonderful show. By this time the sun was shining almost as bright as the smiles on everyone’s’ faces. Another great day on the ocean watching majestic humpback whales! Did you know that less than 1% of the population has ever seen a whale in the wild? We are entering into peak whale watching season- don’t miss the boat- book your trip today! We have an air conditioned cabin, snack bar, plenty of space on two levels. Bring your friends, bring your family, you don’t want to miss this amazing opportunity to see the humpback whales up close! Trish Devoe Naturalist Jersey Shore Whale Watch 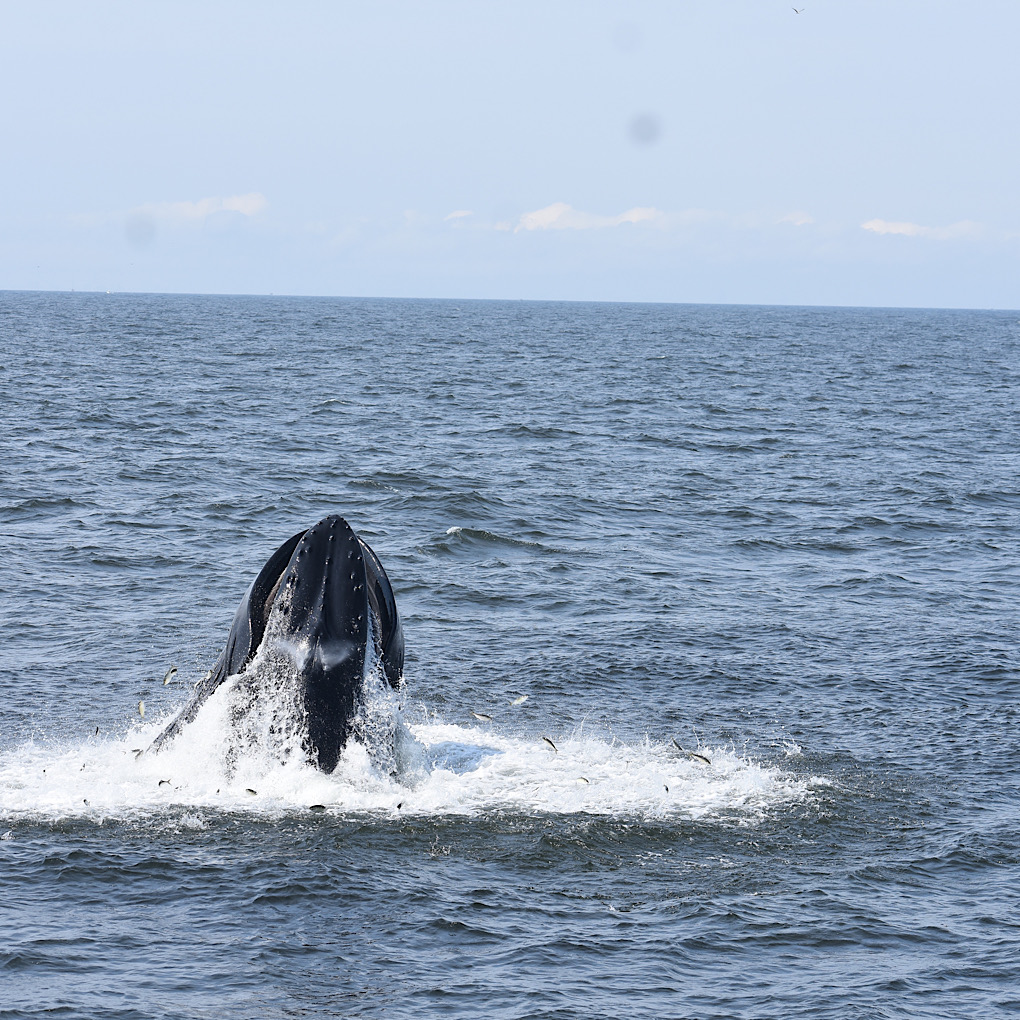 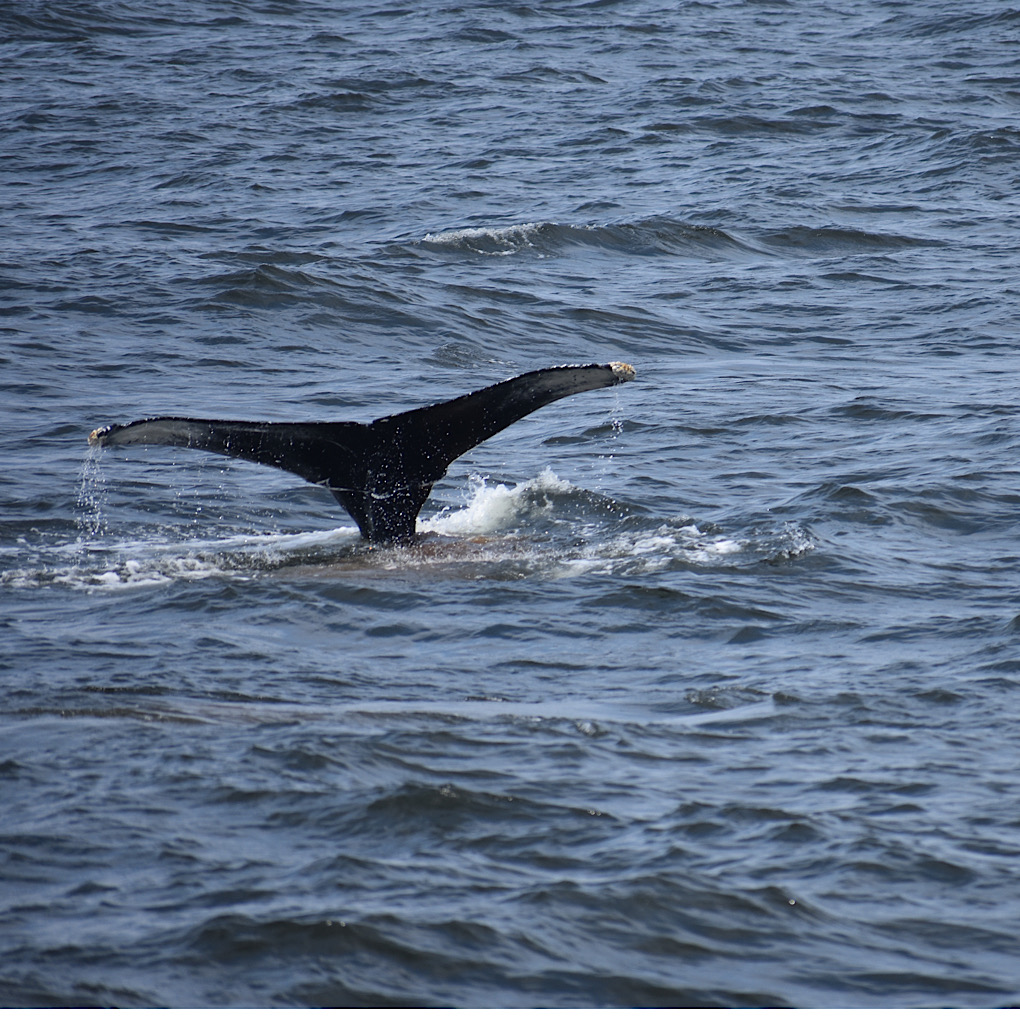 And we had another great whale watching trip Sunday full boat we headed north from the Belmar marina towards the waters of the coast of Deal New Jersey where we saw dolphins and a very active humpback whaler Monmouth beach about 2 miles from shore. The whale continued to lunge  feed multiple times, to delight of the crowd. I will post many photos in the morning.Thanks everyone for an amazing sold out weekend of whale watching.

From on of our favorite passengers she has been on over 2- tri-s with us Linda U.

What a day! It was the MOST awesome whale watching experience I have had. Seems about 50 minutes after we left the dock there was a whale in the distance spouting. But as we got closure, the whale was hungry and lunge feeding frequently. I do mean frequently. There were schools of bunker fish all around and we we trying to guess where the whale was going the lunge. There were a couple of younger children by me and the were questing very well. They were accurate but the girl also told me she saw two mermaids as we left the inlet.

The whale lunged fed so many times!
Because the feed fish were so plentiful, we only say 2 whale tails since the whales did not need to dive far down.

After a while, another whale was spotted and this whale was also hungry and was lunge feeding. It was a remarkable trip!!!!!!
Also saw some dolphins but I was only watching the whale. Might have a picture or 2 of dolphins. It was a perfect afternoon and even the weather cooperates. It went from mostly cloudy to a beautiful afternoon! 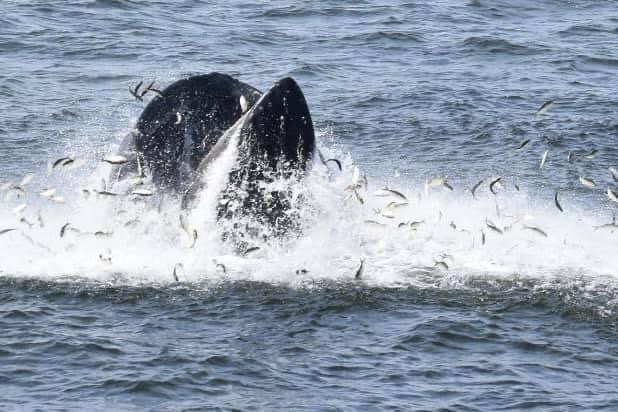