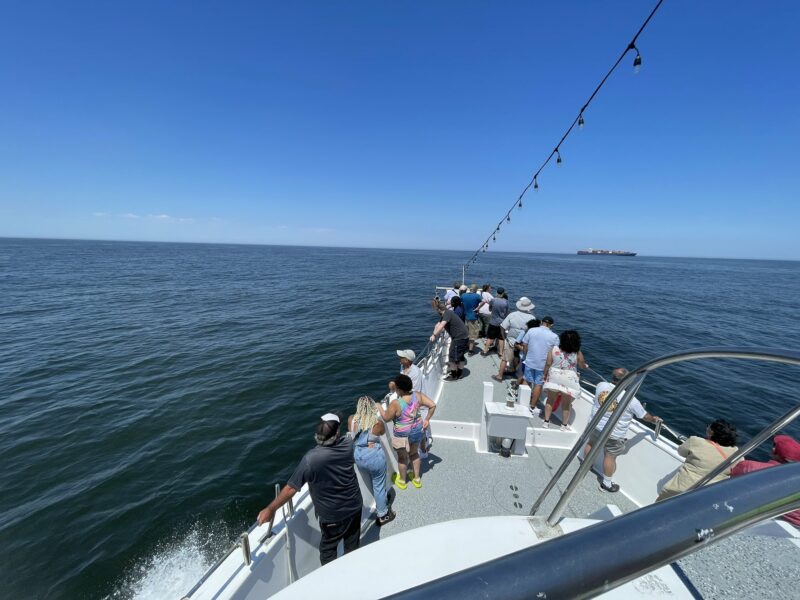 Beautiful day on the water. Probably the first time this year I left my winter coat at home. We headed north since two whales were spotted up by Sea Bright earlier. As we were going we saw a lot of birds and unfortunately, a lot of balloons also. ☹️ Linda and a few others on the other side of the boat were lucky enough to see a small shark as we passed by. It’s very strange. The sharks and turtles always seem to be on the starboard side. Luckily the whale is often on the port side where I’m standing. Anyway, it took us a while but we found a whale about 4 miles east of the Atlantic Highlands. It would take 2-3 breaths and then a deep dive. It was staying down most of the time for 10 minutes. Only got a glimpse of the top of its tail once until the last dive which happened nicely off the front of the boat. Then it was time to head back.