We were treated to a great show today 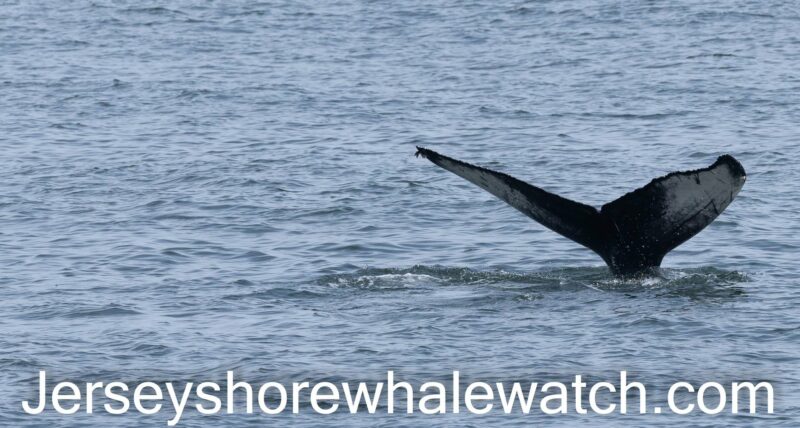 post by longtime passenger Sandy:
Fifth Anniversary whale watching trip was a great success! Beautiful day on the water. We found dolphins right away by Asbury Park and then more as we went farther north. There were hundreds of very active dolphins off of Sea Bright. They were so much fun to watch. Saw several of them breach. We had to leave them when a whale was spotted. The whale took several deep dives and gave us great views of its tail. After hanging with that whale for a while we went looking for another one reported closer to Sandy Hook. No luck finding that whale so we headed home. We thought we were finished for the day when Danielle spotted another whale off of Long Branch. We weren’t there long when it gave us a spectacular show. We got to see some tail throws and lots of tail slapping. It was the perfect finale for a great trip! Looking forward to the 5th season! 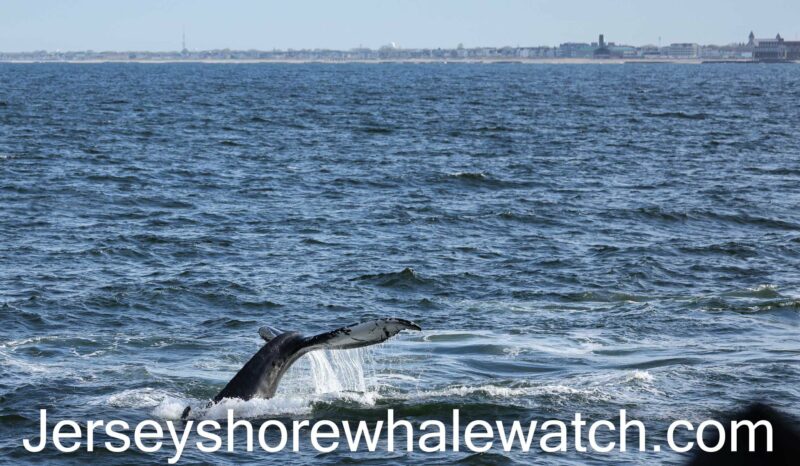 Motor photos and vifro will no posted Thursday by noon